The Flash Duration for any strobe or flash is technically the length of time that the flash tube emits light for a single burst. As simple as that sounds, be aware that almost no flash or strobe company will tell you how long the actual flash duration lasts. Instead most companies quote what are known as the t0.5 or the t0.1 flash duration specifications, which I will define here in just a moment. These flash duration specifications are part of the standards for a “discharge duration” as defined by the International Organization for Standardization (ISO). Aside from these ISO standard specifications, the reason strobe companies don’t disclose the total flash duration is that the flash does not have a constant intensity over its entire duration. As in Figure 1 below, the flash intensity is brightest just after the flash is triggered and then generally decreases as shown in the curve below: 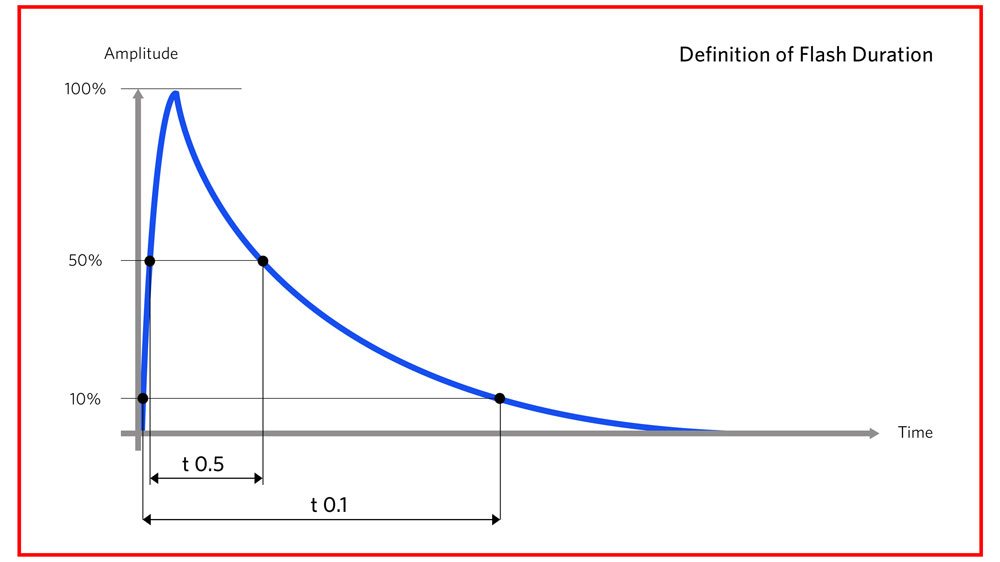 The t0.5 specification is the period during which the flash intensity exceeds 50% of its maximum brightness. What this means is that 50 % of the light is emitted after the t0.5 threshold is met. Hence, as you can see from the chart above, the actual flash duration can be significantly longer than the t0.5 specification. What this means for the photographer is that there is still a lot of light being emitted after the t0.5 threshold and thus there is the possibility for motion blur in the image. For sports photographers, or any photographers trying capturing fast moving subjects using flash, this is a major issue and the reason an in-depth understanding of flash durations is so important.

Because the meaning of the t0.5 specification is somewhat ambiguous, the ISO governing body set the t0.1 duration as the “total flash duration.” The t0.1 specification is the period during which the flash intensity exceeds 10% of its maximum brightness. As you can see in Figure 1 above, the t0.1 value is significantly more informative and much closer to the actual duration of the flash.

After going through all of these numbers and specifications, it can be a bit dizzying to figure out how fast a flash duration you actually need. In general, a t0.5 value of 1/2000th second or higher will be more than adequate for most photographers who need to freeze the motion of a moving subject. For faster moving subjects a faster flash duration will be needed. 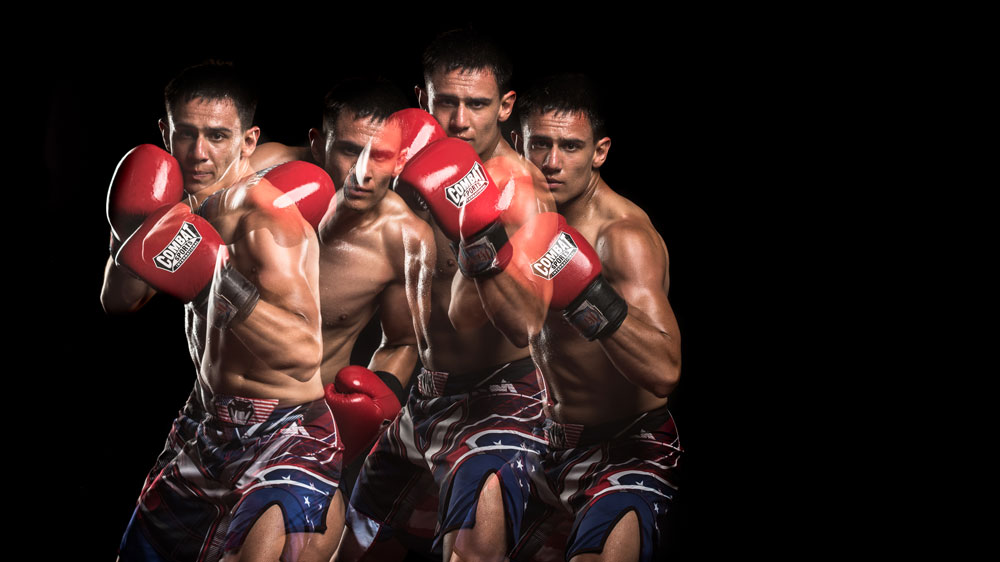 In contradiction to the above paragraph, the latest Hi-Sync and HS technologies allow for using shutter speeds above the maximum flash sync speeds of most DSLRs. This means we can stop the action, and still sync with a strobe, using a high shutter speed like 1/8,000th second, to stop the motion of an athlete instead of using a fast flash duration. HS technology requires a slow flash duration, typically less than 1/800th second, to work properly, which can be quite confusing. Nevertheless, regardless of what technique and technology is being used, knowing the actual flash duration is always an important factor when working with a moving subject 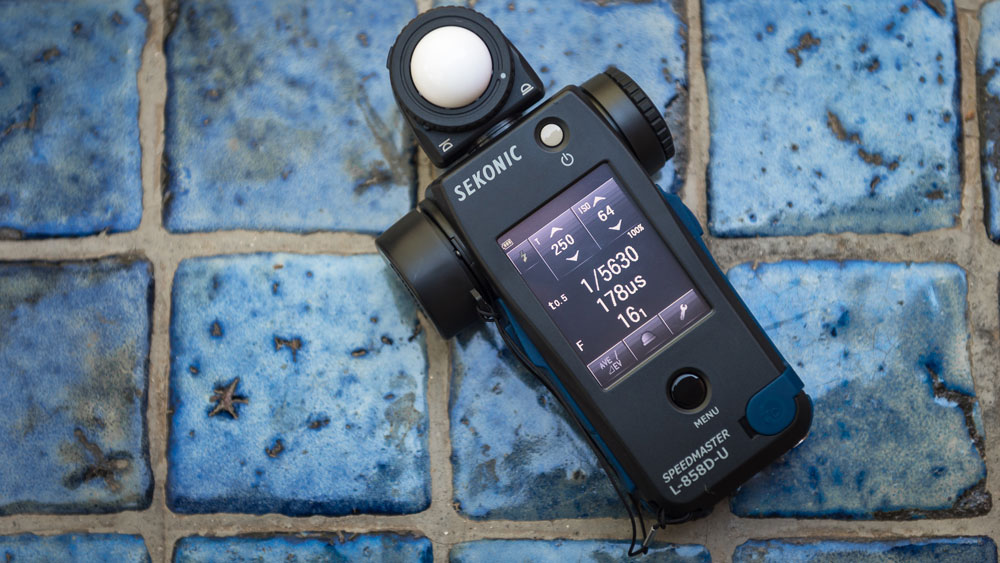