How do you control contrast and use light to shape your subject? Learn to apply lighting ratios with this excerpt from the Amherst Media book Bill Hurter's Small Flash Photography. 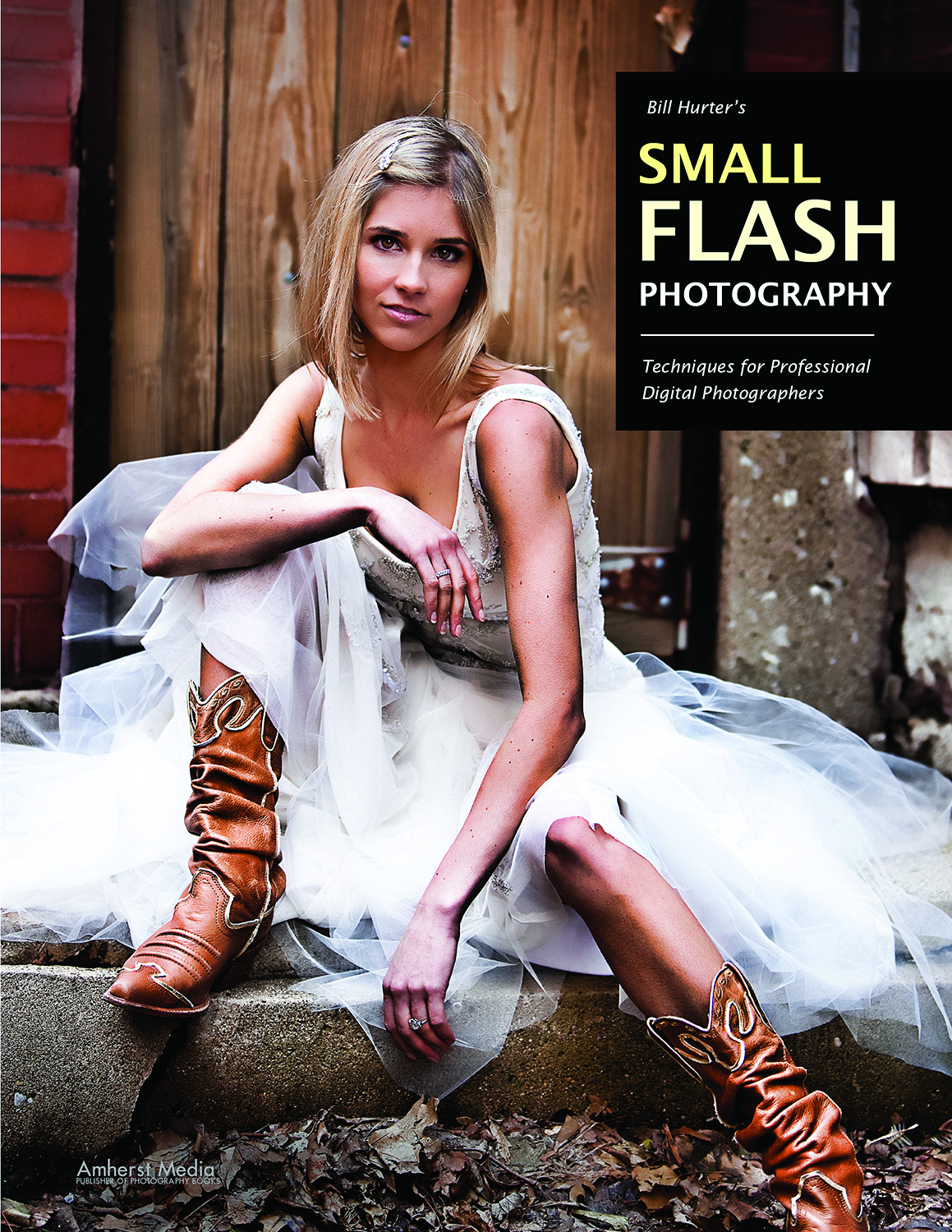 This excerpt from Bill Hurter's Small Flash Photography is provided courtesy of Amherst Media. To purchase the book and learn more about the publisher, visit the Amherst Media Web site. 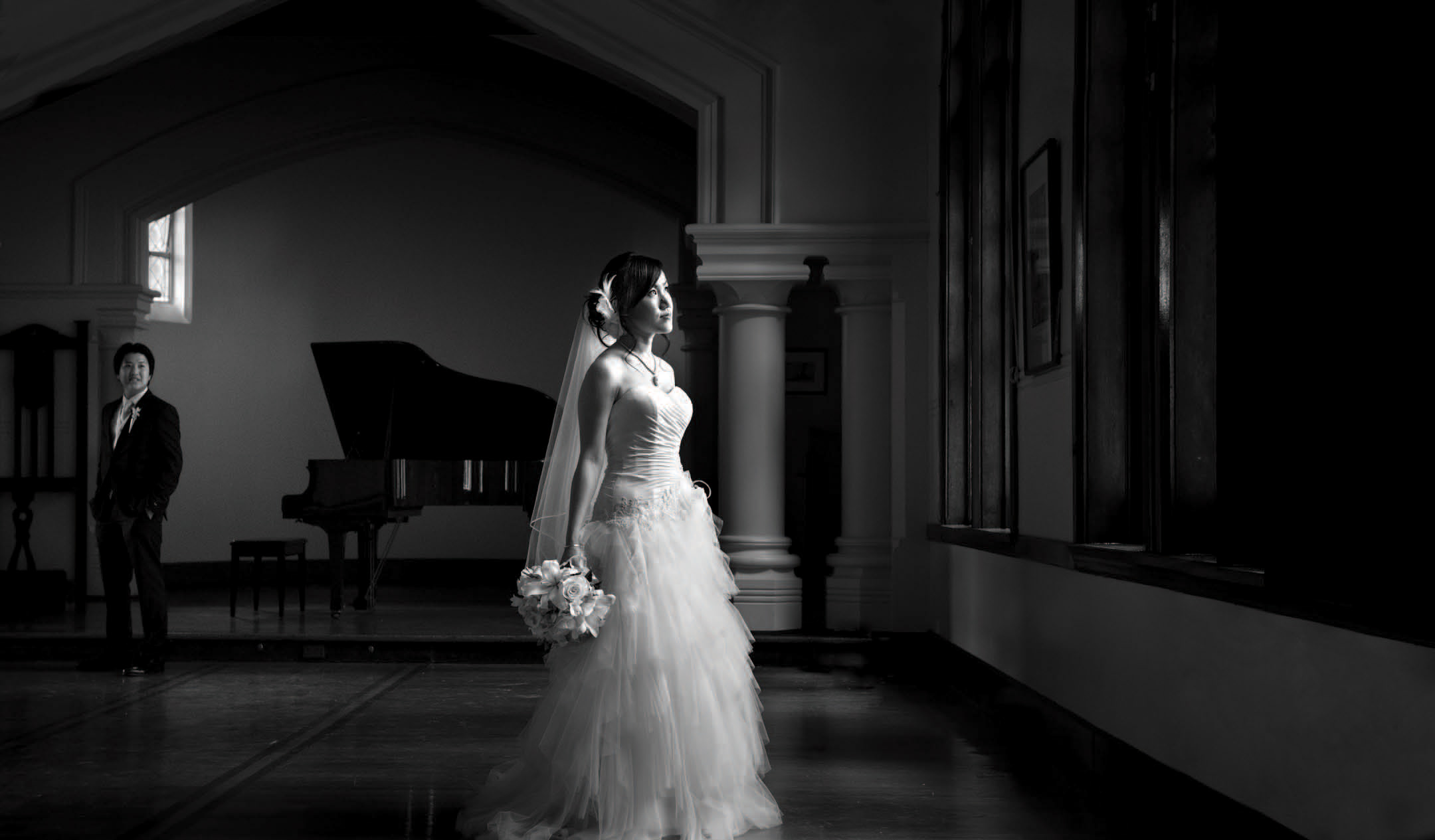 In this image by Marcus Bell you have two lighting ratios present. On the bride, there is a rather stealthy ratio of 4–5:1. This was caused by a single speedlight positioned in one of the window alcoves. No fill was used so the ratio is steep. Because of light scatter, the ratio on the groom is less than 4:1—although the light intensity has dwindled because of the distance from the flash.

Ratios also determine how much the light will slim the face of the subject. The higher the lighting ratio (the greater the tonal difference between highlight and shadow side of the face), the thinner the subject’s face will appear.

Since lighting ratios reflect the difference in intensity between the fill light and the main light, the ratio is an indication of how much shadow detail you will have in the final portrait. Since the fill light controls the degree to which the shadows are illuminated, it is important to keep the lighting ratio fairly constant. A desirable ratio is roughly 3:1 because of the rather limited tonal latitude of photographic printing papers. 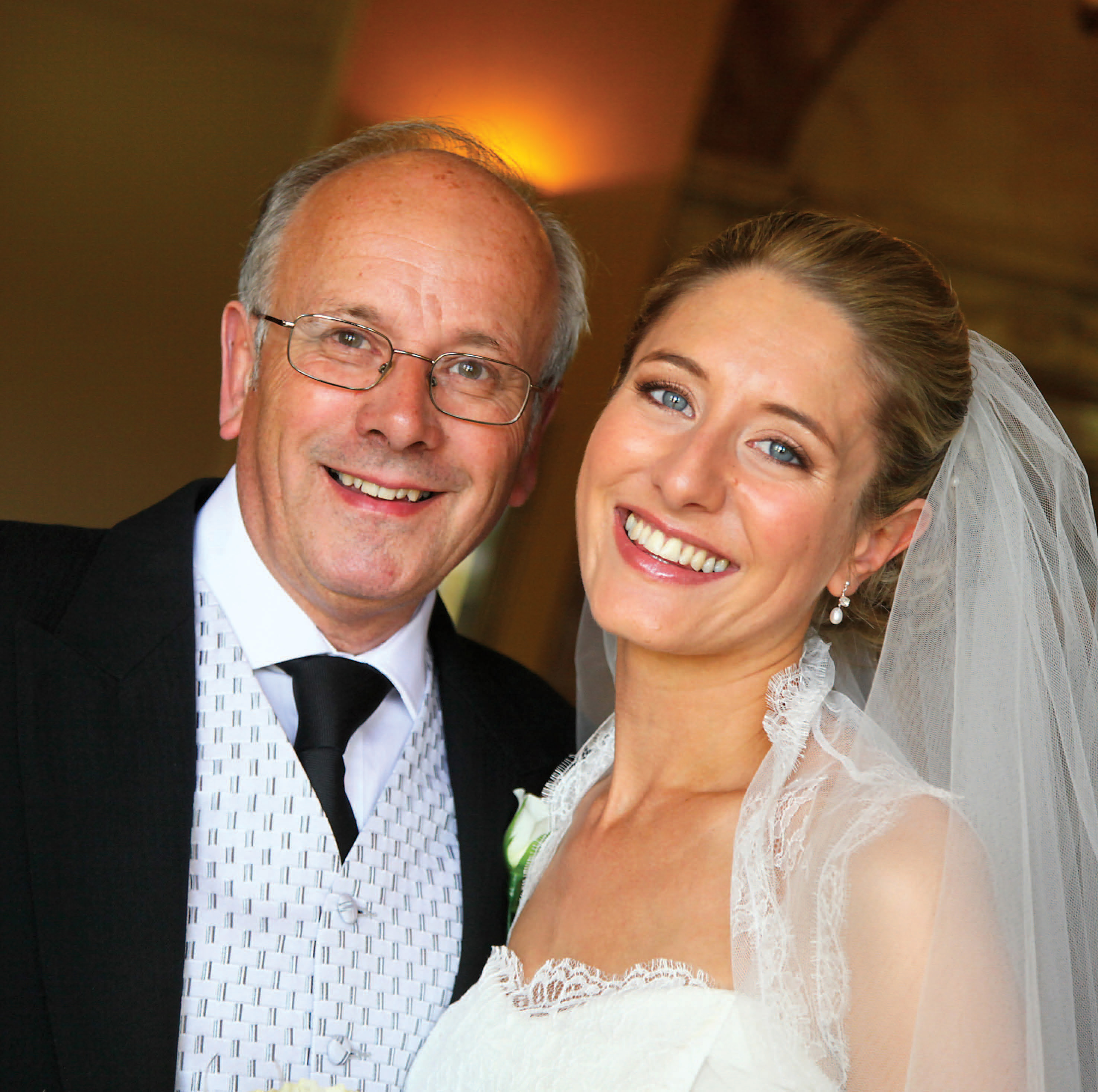 A 1:1 lighting ratio almost never occurs, but this is a good example of an image with little discernible difference in intensity between the shadows and the highlights on the subject. This ratio is probably closer to a 1.5:1 lighting ratio. Photograph by Dennis Orchard.

A 2:1 ratio is the lowest lighting ratio you should employ. It shows only minimal roundness in the face and is most desirable for high-key effects. High-key portraits are those with low lighting ratios, light tones, and usually a white background.

A 3:1 lighting ratio is produced when the main light is one stop greater in intensity than the fill light. (One unit of light on both sides of the face from the fill light, two units of light on the highlight side from the main light; thus a 3:1 ratio.) This ratio is the one that is most preferred for color and black-and-white portraiture because it will yield an exposure with excellent shadow and highlight detail. It shows good roundness in the face and is ideal for rendering average faces. 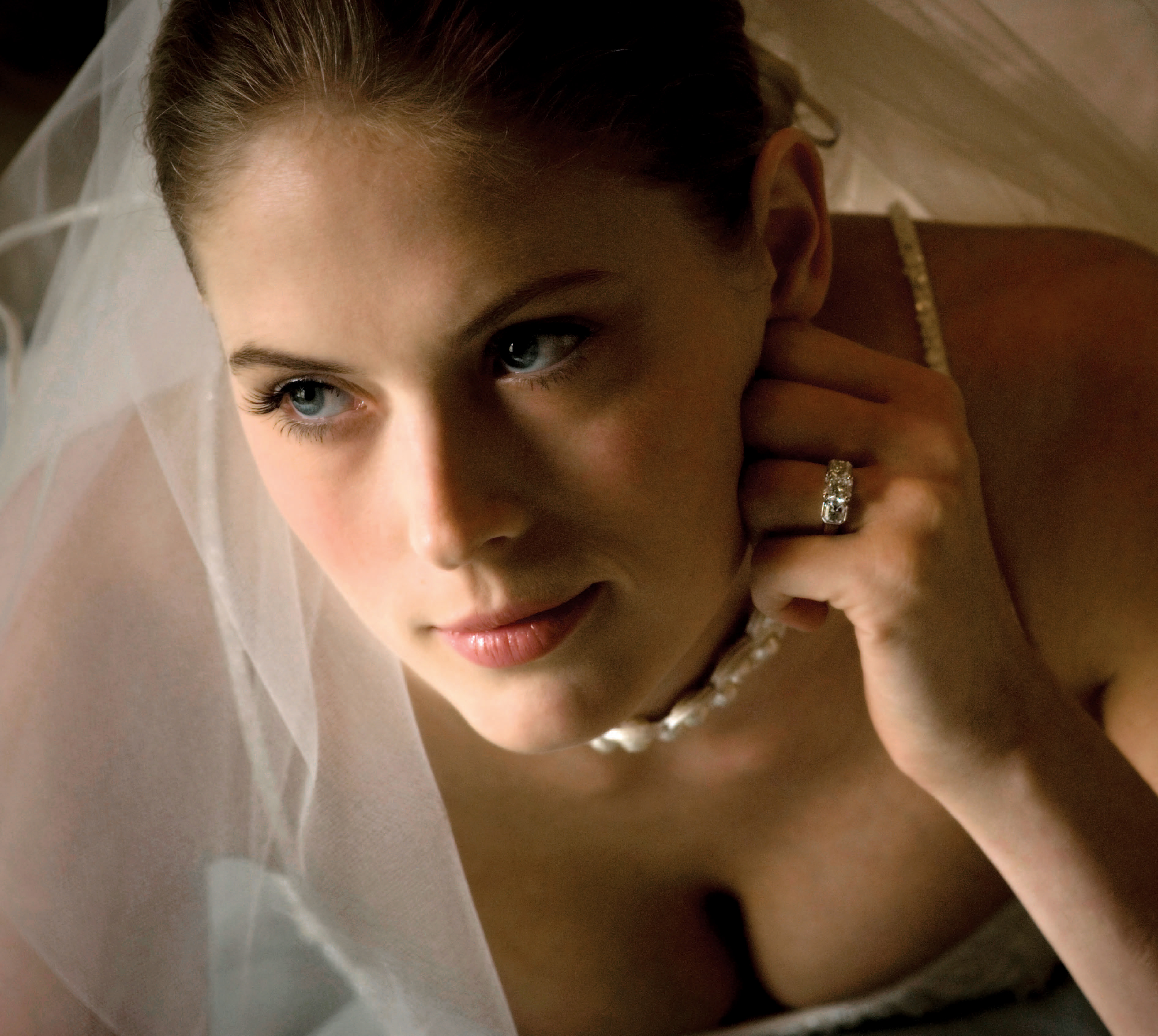 A high lighting ratio, like this one in the 4:1 to 5:1 range, creates drama by virtue of the contrast between the highlights and the shadows. This strong ratio was created by the side light and minimal fill. Photograph by Cherie Steinberg-Coté.

A 4:1 ratio (the main light is two stops greater in intensity than the fill light) is used when a slimming or dramatic effect is desired. In a 4:1 ratio, the shadow side of the face loses its slight glow and the accent of the portrait becomes the highlights. Ratios of 4:1 and higher are considered low-key portraits. Low-key portraits are often characterized by a higher lighting ratio, dark tones, and usually a dark background.

A 5:1 ratio (the main light is 3 stops greater than the fill light) and beyond is considered almost a high-contrast rendition. It is ideal for conveying a dramatic effect to your subject and is often used in character studies. Shadow detail is minimal at the higher ratios and as a result, they are not recommended for color films unless your only concern is highlight detail.

Most photographers have their own procedures for setting the portrait lights. You will develop your own system as you gain experience, but here is one plan you can start with. Generally, the first light you should set is the background light (if you’re using one). This is done by placing the light behind the subject and illuminating the part of the background you want lighted.

Next, the hair light (if using one) is set. This is set up so that you can see if any stray light is falling onto the subject’s face. If this happens, adjust the light until it illuminates only the subject’s hair. When photographing men, sometimes the hair light can double as a kicker, illuminating the hair and one side of the forehead or cheek simultaneously. (Note: When using multiple small flash units in a network, the easiest way to extinguish the frontal lights is to turn them off.)

Finally, adjust the main light for the lighting pattern you desire. Move it closer or farther from the subject to determine the ratio you want. Ratios are best metered by holding an incident light meter first in front of the shadow side of the face, and then in front of the highlight side, in each case pointing the meter directly at the light source. By determining how many stops of difference there are between your lights, you will know the ratio.

The ratio between the main light and the fill light is not as crucial as you might think. If there is abundant detail in the shadows and highlights, you are in the ballpark. 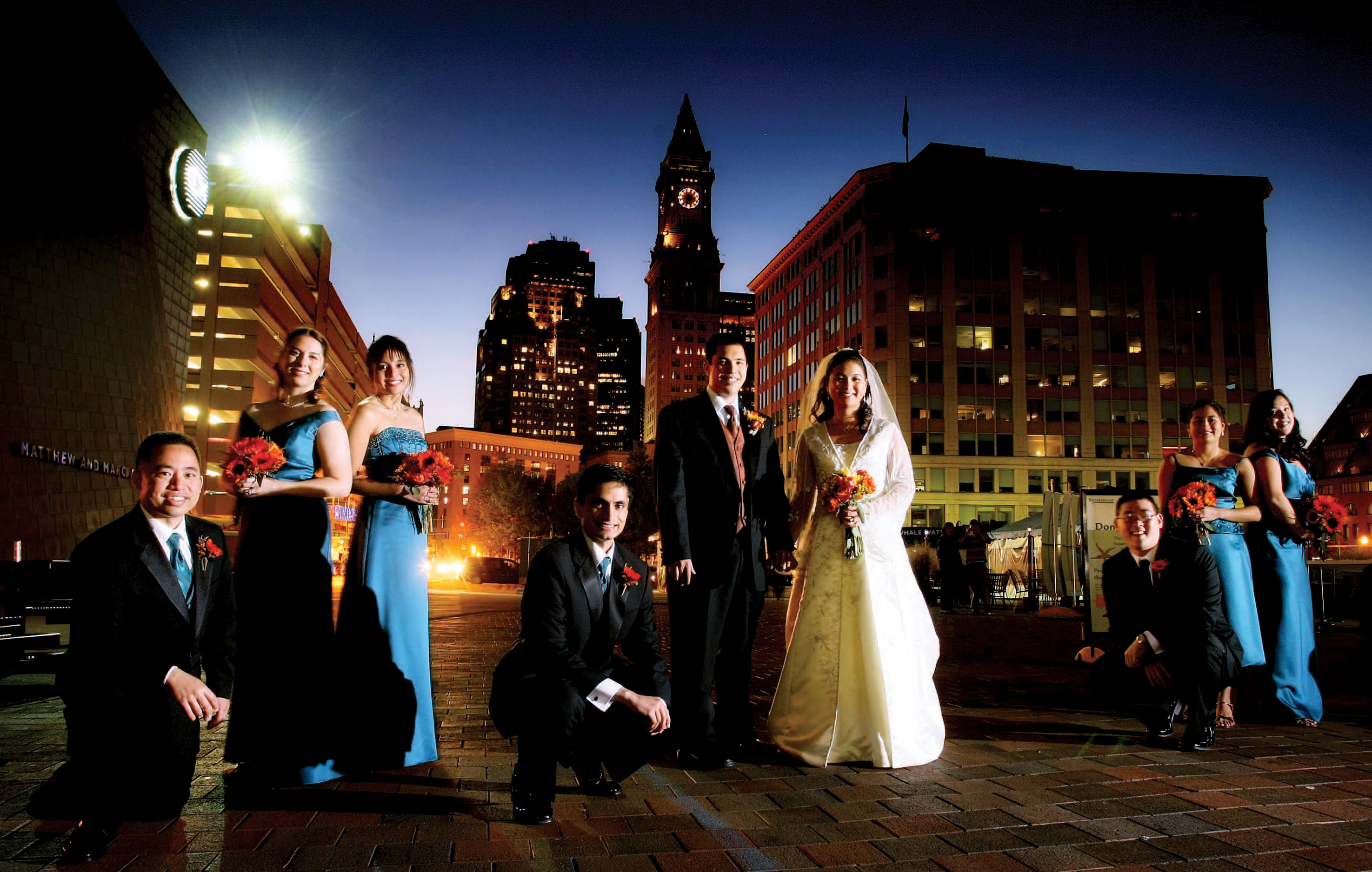 Dan Doke made this striking image at the New England Aquarium, where the wedding was held. His Canon 1Ds Mark II was tripod-mounted and the exposure was for 2 seconds at between f/4 and f/5.6. Two Quantum flash units were used with Freewire slaves. Dan’s assistant held the second Quantum flash in an umbrella and feathered it 45 degrees to the right. The image was edited in Adobe Lightroom.

In setting the lights, it is important that you position the lights gradually, studying their effects as you use more and more light aimed at the subject. If you merely point the light directly at the subject, you will probably overlight the person, producing pasty highlights with no detail.

The trick is to add brilliance to your highlights. This is achieved by the use of careful lighting. The highlights, when brilliant, have minute specular (pure white) highlights within the main highlight. This further enhances the illusion of great depth in a portrait.

Sometimes, feathering won’t make the skin “pop” (show highlight brilliance) and you’ll have to make a lateral adjustment to the light or move it back from its current position.

Sometimes, because of the nature of the lighting, it is difficult to keep light off of certain parts of the portrait. An example of this is hands that receive too much light and gain dominance in the photograph. One solution is to use a vignette, an effect that can be applied in Adobe Camera Raw, Photoshop, or Lightroom. You can completely mask out unwanted foreground or background lighting with a vignette. 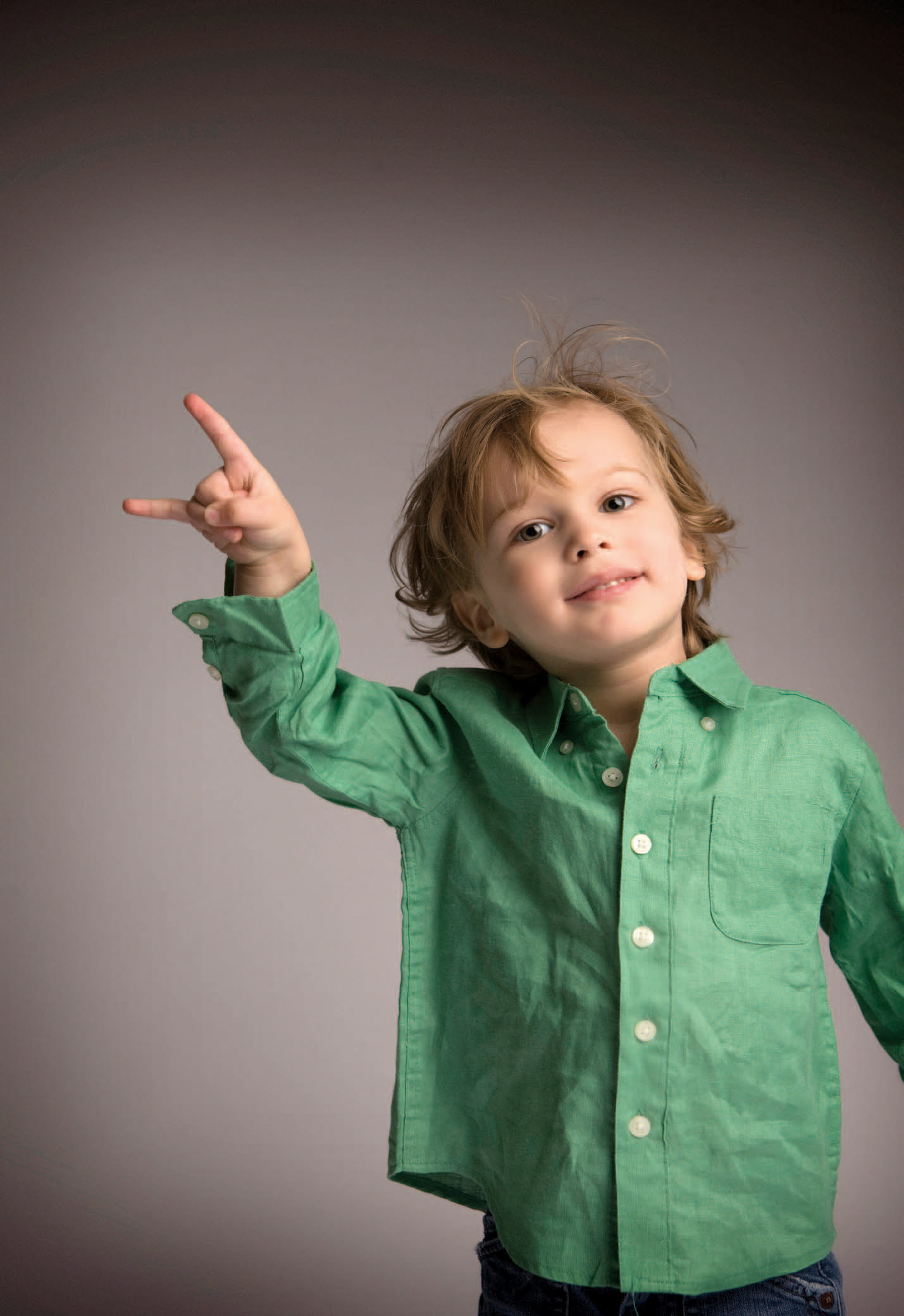 A well-placed vignette draws the eye in from the perimeter of the print and forces the viewer to focus on the subject. This is expertly done by master photographer Jim Garner.